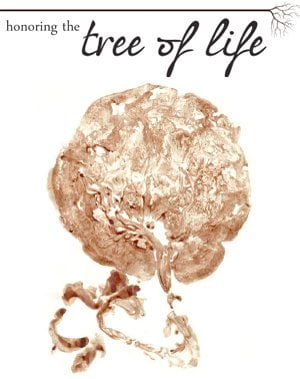 Women across the country share stories of how they cherished, through saving or placentophagy, that magnificent organ, the placenta.

Placentophagy –(noun) the act of mammals ingesting the placenta of their young after birth. Some women choose to eat a piece of their placenta raw, in a smoothie, cooked, or ground into pills via placenta encapsulation. The benefits include increasing the production of milk, aiding in pain relief, and decreasing or eliminating postpartum depression.1

The placenta has held a place of honor throughout our history. Perhaps we should recognize the wisdom of the ancients, and see that the placenta is more than just some messy afterbirth to be discarded.

An honoring ritual need not be elaborate; it could be as simple as looking over the placenta and silently thanking it for its role in bringing that beautiful baby into the light.

Stories from women who preserved their placentas

I was not raised in a “crunchy” household, comparatively. My mom was a trailblazer in our neck of the woods by recycling before Reduce, Reuse, Recycle was a “thing,” but that was the extent of it. So, when I heard about digesting one’s placenta, I was utterly grossed out. As with many other parenting choices that I’ve come to make, I thought I would never do THAT. But, I did. I did because after my first birth, I experienced extreme emotional highs and lows.

When I found myself pregnant with my second baby when my first was just 6 months old, I decided to do everything I could to make the transition smooth. I was already planning a home birth, so the leap to ingesting my placenta wasn’t terribly large. My research led me to placentophagy to help relieve PPD symptoms, and I was willing to try it. When my second daughter was born, I drank a smoothie my doula prepared with about a 1″x 2” piece of raw placenta in it. It tasted like a fruit smoothie, and it really seemed to help the postpartum roller coaster of emotions. The rest of the placenta is in our freezer, waiting to be planted under a tree at my parents’ house.
~ Jenni T., Northern Virginia

I originally never wanted to do anything with the placenta. Honestly, everything about birth kind of grossed me out. But after taking a natural birth class, we kept hearing about how everyone was doing something with the placenta. The idea that intrigued me the most was to plant a tree over the placenta and use it as a tree to honor your child. My husband and I live in our forever home on a farm, so I loved this idea. We have the placenta in our freezer right now, but will be planting a tree for her in the spring and plan to do the same thing with future children, so that each child will have their special tree.
~ Kelli T., Richmond, VA

I have to admit I was a little apprehensive, but since I was planning a natural birth at home I might as well go for it and eat it raw. My husband thought it sounded like the most natural thing to do, too, and was fully on board. The morning after our little girl was born, my husband took the placenta he had portioned up shortly after the birth and blended it with frozen strawberries for us to have for breakfast. He told me the placenta was part of him, too, so why not?

Strawberries do not cover up the fact that you are eating raw placenta, but they do make a great smoothie. The chewy bits are not for the faint of heart, but I am beyond thankful for all the benefits those bits gave me. I had minimal baby blues, if any, my post-partum bleeding was very easy, and my milk came in quickly! Not only did my milk come in less than 48hrs, but I had (and still do) a more than adequate supply of milk. In fact, about 6 weeks after our daughter was born, I started donating milk to moms who were having trouble breastfeeding. To date, I have donated almost 2000 oz to five different babies!
~ Sandra, New Mexico

I first heard about Placenta Encapsulation (PE) while working as a NICU nurse about 3 years ago. “Someone wants to eat their placenta?!,” the nurses were critiquing. I Googled it, learning it consisted of dehydrated placenta capsules. I didn’t think it was that gross in the end, but didn’t think much of it.

Fast forward to my pregnancy with my second child. I battled postpartum depression so badly after my first daughter was born that I was nearly suicidal at points. Prescription antidepressants and weekly counseling helped somewhat, but it wasn’t enough. Some friends of mine suggested I look into PE. I was familiar enough with it, so I read more. The idea of helping with postpartum depression was enough for me. I couldn’t face that again.

During this pregnancy, I was working as a labor & delivery nurse. I contacted one of the doulas who frequented our unit, and she put me in touch with a girl who was in the process of being certified to do PE. I got in touch with her and kept in touch throughout my pregnancy, and finally, after my daughter was born. She came to the hospital to pick up my placenta (after the necessary release paperwork) and brought my bottle of pills the next day, before I was discharged home.

Now, 6 weeks after my daughter was born, I am free of postpartum depression. If I forget to take my “placenta pill” in the morning, I can tell a difference by the evening. It has truly changed my life for the better, and I can enjoy my time with my two beautiful daughters. I would recommend PE to anyone who has struggled with postpartum depression.
~ Ashley S., Kansas City Metro, Missouri

An unexpected hospital delivery made for a humorous experience in saving my placenta. It was so funny to have nurses walk into our room and whisper, “Is that the placenta?,” as it was clear that our styrofoam cooler was a topic of conversation at the nurses’ station. We lived two hours away from where our son’s delivery occurred, so my doula would be preparing the placenta for encapsulation when we arrived home.

On the day of the encapsulation, the doula arrived toting her meat dehydrator and a box full of kitchen utensils, pots, and a sieve. She disinfected my kitchen, and explained the process to my (very intrigued) mother and mother-in-law as she began to prepare the placenta. I was so happy that I got to see my “tree of life” and examine the beautiful organ that had nurtured my son. As the placenta was boiled with lemons and spices, a scent of meat filled the air of the house, which I found ironic, as I was a vegan at the time! (I think it was at that point that the grandmothers had enough placenta experience and left, ha!) Later, the placenta was cut, dried, and then ground into 170 pills. I referred to them as “my magic pills” because they truly worked to improve my mood–in an instant. Two years later, I still have placenta pills, which I take for PMS symptoms. The water in which my placenta was boiled was used to water a tree planted in my son’s honor, and it flourishes.
~ Gretchen Sowers, Healthful Mama

Placenta encapsulation was without a doubt, one of the best decisions I’ve ever made, and I’ll definitely be doing it again. So many people don’t understand that after giving birth, the mother’s body is completely depleted of hormones, and a hormonal imbalance can take a serious toll.I gave birth to my son (via unplanned cesarean) in the dead of winter. He was admitted into NICU and was to remain there for his first week of life. Aside from all of the emotional trauma surrounding his birth, and the worries for his general health, there was also his issues with nursing, and even holding him was difficult because of the tenderness around my midsection from the incision. His first days of life were filled with more sad tears than happy, unfortunately. And that’s of what little I can remember, even though it was barely over a year ago. In the midst of crying in my partner’s arms, and frustratingly untangling my IV from our baby’s, and trying to also manage the SNS tubes and stupid rocking glider chair (that I was too short for!), I heard the most miraculous words ever, “Liana. Your doula is here.” In came my hero. My knight in shining armor. The woman who taught me the meaning of gratitude with the gift she bestowed: my jar of encapsulated placenta.

I admit that I was nervous about taking it, even though I knew it was what I wanted, it’s something else to actually do it. So, I braved it, and literally after just a few hours I felt like a real person again. I had no idea that I was so far gone from the person I recognized as myself. I was lost in a downward spiral of pain, anger, shock, and hopelessness. My encapsulated placenta brought the spark back to my eyes, and a motivation to heal, and visit my baby as often as I could, even though it was incredibly painful just to walk down the hall. It just made me feel like myself again! With my hormones in check I was then able to focus on other things, like.. bonding with my beautiful, healthy 11.3 pound baby boy!
~ Liana C. – Northern CA

Thank you to the brave and beautiful women who shared their stories! 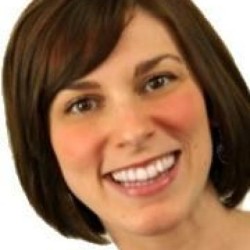 Gretchen Sowers
Gretchen Sowers, owner of HealthfulMama.com, believes clean eating, natural health practices, and green living are the foundations for a balanced life. The mother of a rambunctious, young son, Gretchen understands the challenges of adhering to a greener lifestyle in a hectic world.