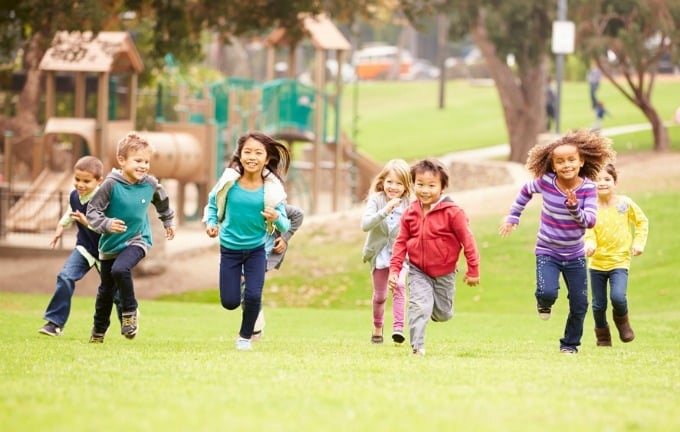 It’s no secret that many students in every grade level at schools across the country are struggling with their studies. But what if the answer for helping them blossom isn’t necessarily more time in the classroom or more teachers? To the contrary, could the answer be spending less time in the classroom and more time being outdoors playing or doing some form of exercise?

This idea is not as far-fetched as you may think. In fact, research is now clearly showing that physical exercise is not only important for your kids’ physical health, but it is also important for their mental health. Exercise improves their ability to think, enhances their cognitive performance and keeps their brains sharp, focused and primed for learning.

Exercise may also reduce the likelihood for obesity, which now impacts about one in every five school children in the United States. And obesity has been linked in some studies to physical changes in a child’s brain as well as a lack of proficiency in math and reading skills.

How does exercise affect your child’s brain?

Research shows that exercise positively affects your child’s brain on many levels. For example, it increases heart rate, which in turn increases blood flow and oxygen to the brain, both of which are important for optimal brain development and functioning. It can improve memory and other brain functions. It also enhances mood which could make your children more motivated to learn or at least not complain as much when it is homework time.

But many of those studies have focused on gray matter, the stuff useful for memory that shrinks in old age. However, new research says exercise and fitness boost another kind of brain matter, the white kind (white matter defects are associated with certain neurological and psychiatric disorders). And in examining the brains and fitness levels of 24 children ages 9 and 10, scientists at the University of Illinois at Urbana-Champaign said white matter is thicker and denser in the fitter kids.

Complementing this study, other research from UCLA demonstrated that exercise may increase growth factors in the brain, making it easier for the brain to grow new neuronal connections (connections between neurons, i.e., brain cells).

What does exercise have to do with academic performance?

Psychologists at the University of Illinois at Urbana-Champaign found that fit children scored better in a series of cognitive challenges. And the fitter the children, the better their scores. The MRIs of fit kids participating in the study showed significantly larger basal ganglia, a key part of the brain that aids in maintaining attention and “executive function,” or the ability to coordinate actions and thoughts sharply. This control helps with such key abilities as mental multitasking, concentration and having appropriate responses to mental stimuli. These are key to academic performance and kids who don’t have well developed executive functioning tend to have academic problems when compared to their peers with more developed executive functioning.

A separate study by the same institution found that fit children also have bigger hippocampi (part of the limbic system involved in the processing of emotions and memory). To do complex thinking, the hippocampus and basal ganglia regions interact in the human brain structurally and functionally.

And yet another study showed a clear relationship between exercise and academic performance. In this case, 259 Illinois third- and fifth-graders were first put through an exercise routine. When they finished, their body mass was measured and they took math and reading tests to see how they did. The results showed that the more physical tests they passed, the better they did on the academic achievement tests. What’s more, these positive effects appeared regardless of gender and socioeconomic differences.

How much physical activity is needed to reap the benefit?

There is a wide variety of research studies on which types of exercises foster specific types of brain development and academic benefits for children. For example, one study has shown that the ability to do tasks that require attention and accuracy increases after 20 minutes of moderate exercise (such as walking on a treadmill) while another showed that attention is improved with morning exercise sessions. Another found that aerobic exercise, done consistently over time, can improve math skills. Other studies show a link between aerobic exercise and improvements in cognitive flexibility (the ability to successfully move from one task to another).

The National Association for Sport and Physical Education, for its part, recommends 60 minutes of exercise a day for children and adolescents. Schools should provide 150 minutes per week of instructional physical education for elementary school children, and 225 minutes per week for middle and high school students throughout the school year.

You can also help your kids by encouraging them to exercise and participate in sporting activities they like as well as testing to ensure they are getting the right nutrition.

Joy Stephenson-Laws
Joy Stephenson-Laws is the founder of Proactive Health Labs, a national non-profit health information company that provides education and tools needed to achieve optimal health. Her most recent book is Minerals - The Forgotten Nutrient: Your Secret Weapon for Getting and Staying Healthy, available through Amazon, iTunes, and bookstores.