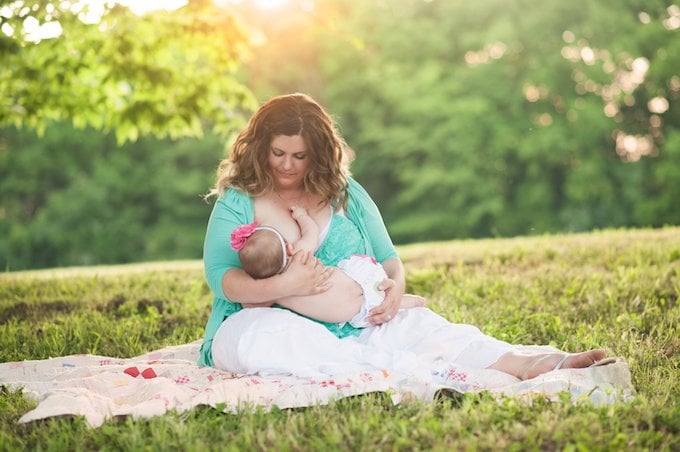 I am bravely, yet confidently, going to make the following statement: Most women CAN produce enough breast milk to exclusively breastfeed their babies.

The concept of “low milk supply” is often a misunderstanding of what is really going on. When women come into my office concerned with a low milk supply, more often than not there is an alternative issue—possibly an incorrect latch of the baby onto the breast, or perhaps a baby with a weak suck or suck disorder.

In fact, I would venture to say that if breastfeeding is being managed correctly—which means that the baby has not been trained on a schedule and the mother has mastered a pain-free latch onto the breast—yet she still feels as though she cannot satisfy her baby by nursing alone, then it can be safe to assume the baby is having the issue and not the mom.

This fixable problem is usually in the form of a suck disorder.  Suckling disorders can be extra confusing to moms because it seems as if nearly everything is going according to the basic breast feeding protocols. They are breastfeeding without pain and baby appears to be getting milk.  The concern blossoms once Baby is weighed before and after breastfeeding (on a digital scale that measures ounces), and much to Mom’s dismay, the numbers on the scale have barely moved.

If your breastfeeding challenge is indeed with your baby’s latch or baby’s suckle, most proficient lactation consultants can teach you how to fix the problem.  Not to say a magical wand will wipe your problems free, but with the right dedication and some work, a mom with the help of her spouse or partner, can learn how to suck-train her baby.  Once a baby is properly suck-trained, it may indeed seem magical when the numbers begin to jump on the scale before and after the feedings.  I don’t want to belittle the hard work some of my clients are challenged with before yielding the cherished results.  But in my experience, once a baby is guided on how to suckle properly, the progress for the baby is usually profound and extremely rewarding.

In rare cases, when the mother’s milk supply is actually the problem, it tends to be from one of the following conditions:

Insufficient glandular tissue is a condition in which the straw-like tubes in the breast that carry the milk, called ducts, never grew properly during adolescence.  This means that the breasts were never properly formed, and even with the use of herbs and supplements, excess pumping, or in the event that it were possible to place the baby on the breast twenty-four hours a day for seven days a week, this woman will never produce more milk.

This is a true breast condition, and here are a few very clear signs to help identify insufficient glandular tissue:

With this condition the quality of the breastmilk is fine; it is the quantity that is missing.

In general, my clients with this breast condition will be able to teach their babies to accept the amount of milk the mother can supply and will be supplemented in the first few weeks via the technique of finger-feeding the baby through a dropper, to ensure the baby is getting enough nutrients.  After six weeks, when the baby has learned the breastfeeding routine and is proficient, we introduce a bottle.  Mothers can go on to have a wonderful and long breastfeeding, with supplementation, relationship with Baby. However, each case will be different and will require supervision by a professional to make sure that the infant is gaining enough weight.

Retained placenta means that part of the placenta or fragments of its membranes are left behind in the uterus after delivery.  If small fragments of placenta or membrane are retained, the body’s signal to trigger the release of hormones necessary to produce milk will not be properly activated, often causing low milk supply.  A woman with this condition will usually begin to bleed suddenly and very profusely after the expected bleeding from childbirth has slowed down.  Women usually get very frightened by this sudden flow of blood, but the good news is that this is the body’s natural way to flush out any remnants of placenta and afterward the woman usually feels her breasts filling up with milk.  Sometimes women with this condition will require a DNC to clean out her uterus.

C-sections often delay the arrival of a woman’s natural milk supply until her fifth day postpartum; unlike women who experience vaginal birth, whose milk comes in by the third day.

I wish more women who give birth by Cesarean section would be informed of this, so they can feed their babies in alternative ways, including finger-feeding pumped colostrum, spoon or cup feeding, as they are waiting for their milk.

Occasionally, C-section babies can suffer from a problem known as nipple confusion, as a result of spending time in the nursery where they are fed exclusively by bottle.  The consequence of nipple confusion is that many babies are either unable or unwilling to take the breast properly, even after the milk has come in.  Fortunately this problem can be solved through a combination of patience, teaching the baby to take the breast and employing a technique called breast compression. Breast compression helps stimulate a functional nursing rhythm at the breast, through the mother’s timed compression and release of her breast during nursing.

Low thyroid levels will cause many women to struggle with milk production.  Testing for low thyroid levels can be controversial, because blood work can reveal levels that appear to be within the normal range; however, when these same women are treated for hypothyroidism, they experience an increase in their breastmilk production.

If your blood levels appear fine, and a lactation consultant has judged your baby to be nursing properly, but you are still not producing enough milk, another way to check your thyroid function is with a basal thermometer.   This method of testing is done by taking your temperature every morning when you first wake up—preferably before you move.   If your temperature is lower than 97.4 degrees Fahrenheit, chances are your milk may increase with some thyroid boosting medications or supplements.

Women who are already taking synthroid, a thyroid drug, during their pregnancies must get their levels checked right after birth because their need for more of less of the medication may change post-partum.

Hashimato disease is an autoimmune disease that affects the thyroid.  With this condition the immune system makes antibodies that damage thyroid cells and interfere with their ability to make thyroid hormone.  Hashimoto’s disease can be hard to diagnose during pregnancy because a normal pregnancy and Hashimato often have the same symptoms, including weight gain, and fatigue.  And postpartum women have been known to present with swelling of the thyroid, or a pre-Hashimato condition, but happily this is only a temporary state.  However, if you test positive for this condition, medications such as Levothyroxine work well, and often can help the woman begin to produce breastmilk.  Working with a medical doctor and a lactation consultant is important with this condition.

Sheehan syndrome is a condition that happens after the woman has lost a lot of blood, following the birth of her child.  Blood loss that exceeds the normal range for vaginal birth—up to 500 cc, or for Cesarean birth—up to 1,000 cc, can place a mother at risk for this condition.  This amount of blood lose can stop her pituitary gland from functioning normally, and the pituitary gland is responsible for secreting the milk-making hormones.

Other signs of Sheehan syndrome besides low milk supply can be excessive sleepiness, hair loss, low blood pressure, hypoglycemia, weakness and dizziness, hoarse voice, joint pain, abdominal pain and constipation.  Thankfully, this is, often, only a temporary condition and it can be treated by setting up a pumping schedule and by eating a lot of healthy foods including vegetables and other nutrient dense foods, but it also has to be managed by a medical professional.  Sheehan syndrome is rare, but often overlooked by the medical profession.

The good news is that these problems are rare and often misdiagnosed, while most breastfeeding problems come from poor management, improper latch, or suckling issues… which are easy to fix with diligent compliance.  Nevertheless, as knowledge is power, knowing that these problems exist is the first step in solving them. 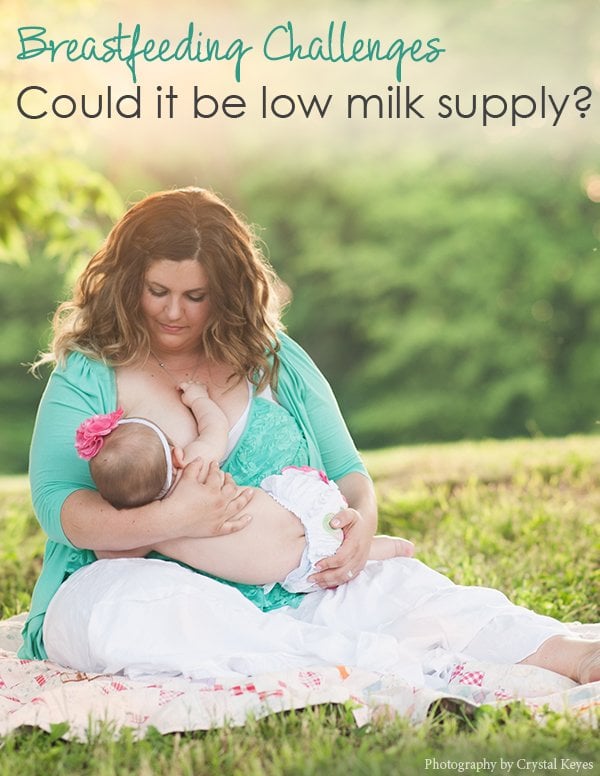 Latest posts by Sara Chana Silverstein (see all)
Previous Post: « Sun Safety: How to help your little one keep a hat on
Next Post: Connecting with Nature on Earth Day (and every day) »