Some of the most beneficial facts about renewable energy are that it produces fewer pollutants, runs cheaper, and can also create jobs. 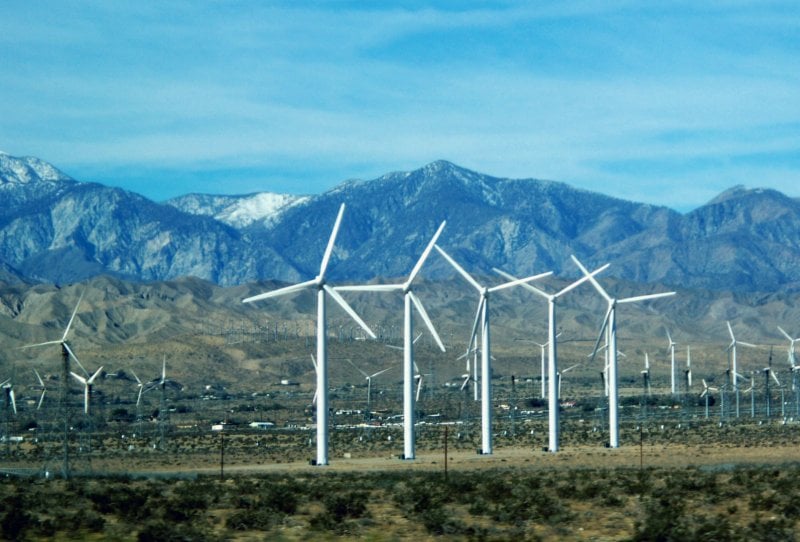 The only downside of green energy is that it pushes fossil fuels out, and people are often reluctant to change… especially when money is involved.

We’re living in a wonderful time where young people are fueling social change and helping to keep the environment safe. This generation can grow up learning about expecting clean energy, as long as we start teaching them early.

Here are 8 facts about renewable energy you can share with the young people in your life to help shape the “new normal” of our society.

The fossil fuel industry is global — it has its claws in practically everything. And although there have been some subsidies given to renewables, the ones that coal, oil and gas receive far outweigh them. In fact, fossil fuels get 4x the subsidies of renewables (source).

Politics isn’t everyone’s favorite subject, but it’s important for kids to understand how political policies shape our world. This is one place where you can start.

2. Water wheels were once used to generate power.

Water is one of the oldest power generators. You can work with your kids to help them build one at home.

This is a straightforward but efficient way to explain how water can create power, even if the wheels are not the most conventional method. They’re so simple that you can easily make them with things from around the house. Even preschoolers would love to be involved.

3. A dam is a great visual for the power grid.

Water is one of those never-ending renewable energy sources that we often forget about. If you want to teach kids about the electricity grid, visit a dam or create a model of one. It’s a huge visual representation of a battery that illustrates the energy the world needs.

The lake formed by the dam is, essentially, the battery storage. When energy demand is high, water tumbles through the dam into the small river below. When demand is low, water is pumped back up into the dam, creating more energy reserves. Take a tour if you can.

Clearly beneficial to both the economy and the earth, beneficial facts about renewable energy point to the wind and sun. Green energy is a new and upcoming industry. It has already created jobs and will continue as demand grows, and the power grids adapt.

Now, solar and wind industries are creating jobs much faster than the rest of the economy. More jobs mean more work and more opportunities. The industry now employs 4 million people and is only expected to continue growing.

That’s an incredible feat, and one that larger countries have been unable to accomplish. Of course, the smaller population and the pleasant temperatures have some effect but does little to dampen the accomplishment. Costa Rica has become a positive example to encourage larger nations to follow suit.

6. One wind source could power a small town.

A single wind turbine, if properly placed and utilized, could power 1400 houses (source). Wind farms are becoming more popular, especially when they’re put in the ocean.

The constant breezes on the water create a nearly constant supply of energy, but it’s important to place them in an area that isn’t too susceptible to severe storms.

7. Green energy is more reliable than a power grid.

The electricity grid fluctuates by the hour and season. This is one of the facts about renewable energy that many people don’t know. Predicting the needs of people is a huge part of electricians’ jobs, but it’s not a perfect system. Storms often create power outages, sometimes for weeks. Green energy doesn’t supply power from a single source. It’s often spread out and uses multiple power generation methods.

The best renewable energy source is the sun. If we invested exclusively in solar power and maximized its use, we could power the entire world from the sun. The best part is, you wouldn’t have to lay all those solar panels in anyone’s backyard. A large swath of desert could do it, but you could take it even farther. With robots and rovers, it’s entirely possible to lay down acre after acre of solar panels. What kid wouldn’t get excited about that?

The best fact about renewable energy is in its name — it’s renewable. Introduce your kids to the whole idea of how it works, let them experiment with it and get them excited about the future. That’s the surest way to protect the industry and the planet.

Anum Yoon
Anum Yoon is a writer who is passionate about personal finance and sustainability. She often looks for ways she can incorporate money management with environmental awareness. You can read her updates on @anumyoon or check out her blog, Current on Currency.
Latest posts by Anum Yoon (see all)
Previous Post: « The Backyard Biologist
Next Post: Everything’s Peachy: Peach, Banana & Berry Smoothie Bowl »