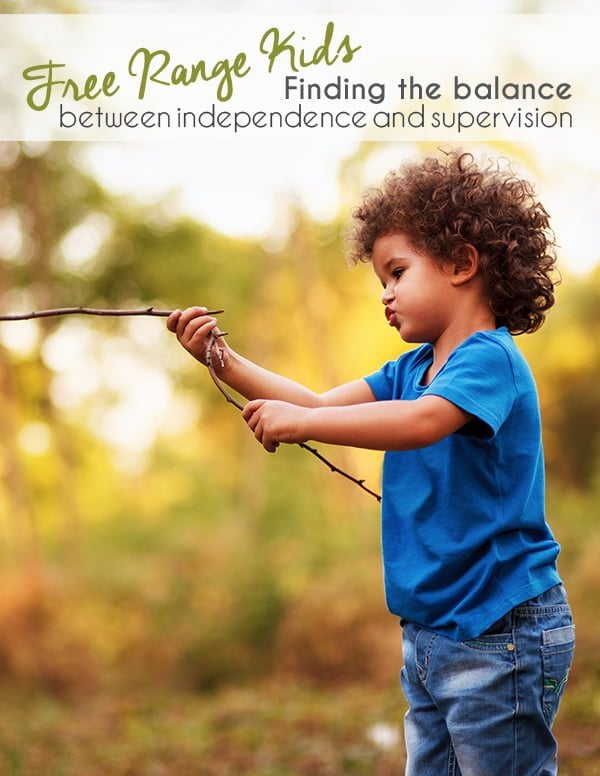 Was it filled with running, playing and exploring in your backyard (and all your friends’ yards)? Did you ride your bike through your surrounding neighborhoods and maybe even to school to use the jungle gym ad nauseam?

Did your evenings entail playing ball outside until the street lights came on (at which point you knew you’d better get home and fast)? To many of us, this was a very close facsimile of childhood.

Today, these kids would be referred to as “free range.” Their parents would be practicing “free range parenting” (also called “simplicity” or “slow parenting”). It often involves more unstructured free time, less of a focus on the use of electronic devices, and less hovering of parents around children as they play or make new discoveries. Children are ultimately allowed to explore the world at their own pace.

It is said that free range parenting is in response to the widespread trend for parents to schedule many activities and classes after school, solve problems for their children, and often “helicopter” around their children to help with any issues that arise. Others contend that this less hands-on, more independence-inducing style is simply a return to the style in which many of us were raised.

It is important to note some of the positives of free range parenting. The free range lifestyle allows children to develop many valuable skills, such as problem-solving, self-confidence, and creativity, to say nothing of the value of a well-honed imagination. Children with an active, exploratory life have lower risk of mental health and emotional issues and higher development of motor skills.

It is said that the more time kids spend in the great outdoors, as well, lower their chances of developing asthma, allergies, and have a general immunity against many illnesses. They are also far better able to bounce back from the disappointments of life after gaining hands-on troubleshooting experience in their day-to-day activities. But, as with most forms of parenting, opinions differ and controversies arise.

With a greater awareness of child abuse and neglect, many are on the lookout for strange or “off” behavior – such as seeing children out walking or playing without supervision. Although each case and scenario is different and unique, many times we see in these news stories that the children ultimately get picked up by police and, due to proper procedure, taken to Child Protective Services before finally allowing the parents to have contact with their “missing” children.

There are two schools of thought here. One – those poor parents must have been frantic! Two – the same parents would feel worse if their children had gone missing for real. Both are completely valid points.

However, it’s important to note that America, in general, is at its safest point in years. According to a recent child mortality report put together by numerous government agencies, childhood mortality has never been lower. In 1935, there were 450 deaths per 100,000 children aged 1 to 4, compared with today’s number of 30. Some of this can be attributed to a rise in the use of vaccines (do your homework and decide if this is right for you), but the rates have nonetheless continued to drop in recent decades. Homicide rates are at a low of 1.5 per 100,000 children under 14, as well.

Beyond these facts, though, comes the worry. It’s not just about a child’s possible death (although that’s huge). What about an abduction or disappearance?

According to the FBI National Crime Information Center, reports of missing juveniles under 18 since 1997 are down 40%. This information also tells of the fact that a vast majority – 96% – of all missing person reports are runaways. A very minute percentage of these cases are what we might consider a “stereotypical kidnapping.” More details can be found through this informative Washington Post article, but the point is, basically, that things are pretty darn safe on average, depending on your particular life situation and neighborhood demographic.

As parents, we all know that parenting isn’t “one size fits all.” Every child is unique and every parent reacts to situations differently. Hopefully, we can all agree that as long as children are in a loving, cared-for scenario – even if it’s completely different than our own – there’s nothing to worry about.

It is up to us to use our common sense and intuition to recognize when something is seriously wrong, or that we simply need to back off and allow other parents the courtesy to make their own choices for their families. 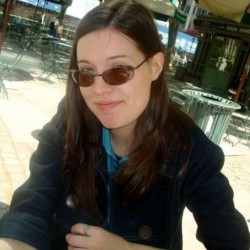 Megan McCoy Dellecese
Megan McCoy Dellecese is a school librarian and writer, as well as a wife and mother of three. She enjoys blogging about living an imperfectly simple, green life with her family at Meg Acts Out and hopes to publish her first children's book this year.