“Authentic” is one of the first words that comes to mind when you listen to Sara Snow speak about green living. Growing up in the 70’s, Sara lived in a passive solar heated home and ate fresh foods from her extended family’s organic garden. 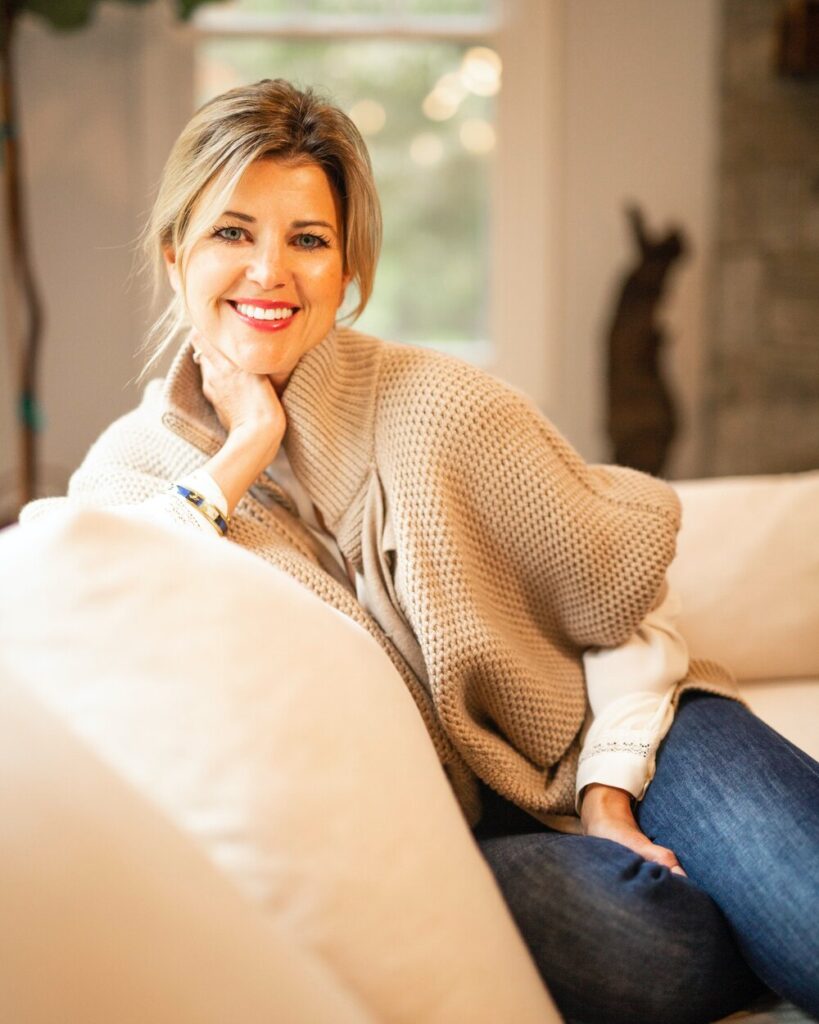 As an adult, she spent seven years as an Emmy-Award winning television producer.  Turning her experience and passion into her life’s work, she created her own TV series, Discovery’s Living Fresh and later Get Fresh with Sara Snow. After authoring her first book, Sara Snow’s Fresh Living, she settled into her current job – mom to her now toddler daughter, Silvia.

GCM:  You were raised with an emphasis on sustainability a few decades before it was popular. Can you tell us more about your family’s “back to the land” movement?

Sara: It certainly wasn’t as popular back then as it is now. I grew up in a home that was very much “green,” in a time when people weren’t really thinking about living in a green way.

My dad (Tim Redmond, founder of Eden Foods) was one of the people helping to make the natural food movement happen. Because of that, my parents taught my three siblings and me to be mindful of the food we ate, to live as low impact as we could, and to not take from the earth more than we could give back.

We grew as much of our food as we possibly could. The rest came from my dad’s natural food store, Eden Foods, in Ann Arbor Michigan. Eden Foods has since become one of the largest international distributors of natural & organic foods.

When I was two years old, we moved to an area outside of Ann Arbor to live in a way we were surrounded by nature and family.  There were 40 acres situated around a lake and forest that we shared with my grandparents and my aunt and uncle.  It was incredible – like our own little family commune.

GCM: You’ve said before that your home wasn’t the cool place to go eat dinner…

Sara: Yes, you might be fed tofu and beans. Not exactly what other families were eating at the time. But my parents intuitively saw food as health. They taught us that you really are what you eat – physically and mentally.

They explained to us that we live this way and eat this way for a reason, but that it’s ok to go to a friend’s house and have a brownie or eat pizza. “Just pay attention to the way it makes you feel,” they’d tell us. And I believe that empowered us to not only have balance, but also be educated to make our own health decisions.

We never felt trapped by the confines of a very rigorous or strict diet. I think it’s even more relevant today – as parents can sometimes be extremist. You know, they decide to feed their kids organic food and become zealots about it. Or they’re anti-sugar in their home, and in turn, anti-sugar everywhere they go. I think it’s good to set boundaries, but I also think it’s important to allow flexibility.

GCM: Right. Kids are just like us. If you tell us we absolutely can’t have something… it’s all we can think about.

Sara: Sure, and as soon as they’re out of your sight, they might go crazy if a birthday party is the first time they’ve encountered sweets and desserts, and I don’t think that’s good for anyone. 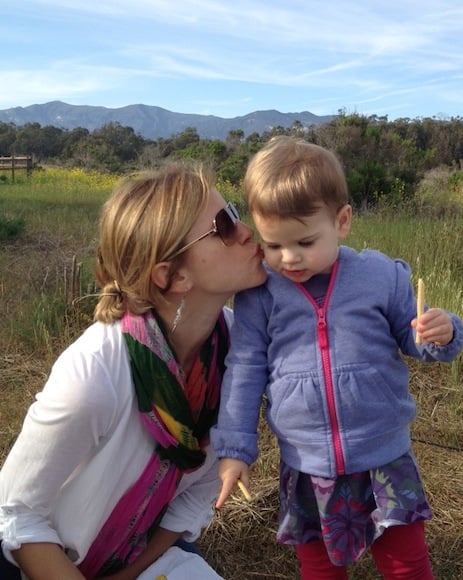 GCM: Let’s talk about kids and “stuff.” In an interview when you were pregnant with your daughter, Silvia, you were asked if you had all the latest green baby bedding and clothes lined up. Your answer was that you had the very basic non-toxic items covered, but that you were planning to wait until she got here to see what she needed.

Sara: We just don’t need all of this stuff that we are marketed to believe that we need. Think back to the way we were raised, without wipe warmers and all these gadgets. They’re just not necessary. If you start a young child out with all this stuff, you can get trapped in continuing to raise them that way.

I believe it’s good for a young child to get bored. That’s how they learn to entertain themselves with an empty box or a pencil and paper rather than an electronic device. They don’t need constant stimulation. Being played with and talked to is definitely good for development, but there’s a balance to keep for peace of mind/spirit standpoint.

GCM: In the age of technology, mindful living is more important than ever. As a parent, how do you help encourage awareness and living consciously?

Sara: As an infant, if Silvia was lying peacefully cooing at something – as much as I sometimes wanted to pick her up and hold her – I knew that it was healthy for her to be content where she was in that moment. I wanted to let her experience that peace with herself and not feel like she was being pressured to perform.

We were never fans of letting her cry it out. But if she would cry in the night, I would give it a second before going to her room, because maybe she’s just waking up, and she’ll settle and go back to sleep on her own. Or maybe she really does need something, and then I would get her if she did.

To me, there’s such peacefulness that can be found when you’re just on your own, and nothing is required of you. She will be two in June, and she can spend a lot of time playing on her own. That is one of the things that makes me the happiest is when I peek around the corner and see her playing happily with her toys and books. To me, that is a comfortable, confident, wise little child.

GCM: Our readers sometimes lament the fact that raising a healthy child can make you feel like the odd mom out. How do you balance your ideal world – healthy foods, not a ton of plastic toys – with the real world, without coming across as preachy?

Sara: I don’t let it bother me. It’s who I am. People may say something jokingly. But they may actually be curious about how to get their kids to eat that healthy snack.

I really believe everyone wants to raise healthy kids. Even the parents out there who are letting their kids eat the junkiest foods.  They wish they were raising healthy kids, but maybe it’s just not a fight they can win right now. And that’s ok, too. Life is crazy and life is busy and you just can’t beat yourself up for the battle you’re not winning at that particular moment. You just have to let it go.

So along with that, I’m not going to slap my daughter’s hand away if there’s a snack we don’t normally eat. The same way as if I go to a dinner party, and they serve a food that I wouldn’t necessarily serve at my house, I’m not going to say, “Oh no, I don’t eat that sort of thing.”

It’s more important to be gracious than to worry about eating a few bites of a food you don’t normally eat.

GCM:  Very well said. Tell us what’s next for you – books, TV shows, additions to the Snow family?

Sara:  Well, it took us seven years to get pregnant the first time. I had to slow down before that happened, and I’ve actually stayed in slow-down mode longer than I anticipated, but it just feels so right for now.

So yes, I am working on another book, and we’re developing another TV show, but it’s just not going to happen tomorrow. We do hope to have another child, and if it doesn’t happen naturally, then we will be very excited to adopt our second child. We don’t have any news to report yet, but stay tuned!

Amity Hook-Sopko
Amity is the executive editor of Green Child Magazine. This role is the perfect blend of her journalism degree, background in corporate marketing, and her passion for attachment parenting and natural living. In her free time, you’ll find Amity paddleboarding on the ocean or the gorgeous Florida springs, at a baseball field with her husband and sons, volunteering at the Humane Society, or outside enjoying nature.
Latest posts by Amity Hook-Sopko (see all)
Previous Post: « Summer is Ripe for Raising Happy, Healthy Eaters
Next Post: DIY Eco Party: How to Host A Woodland Themed Party »