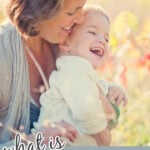 Attachment parenting describes an approach to raising children that has proven benefits in the field of psychology, and it just so happens to come naturally to many mothers.

Being a new parent is overwhelming. In the span of your entire life, new parenthood is a short period. But it’s an absolutely essential stage for your child. When we realize this, we’re better able to handle the long hours and lack of balance it brings.

Adopting a parenting style that is known to be more hands-on than the conventional approach might seem like throwing that balance even further out of order. And if you don’t learn to trust your instincts, it probably can. But when you put your baby’s needs first and develop a strong bond early on, you’re actually setting your child up for a lifetime of independence, trust, and healthy relationships.

Because there are plenty of misconceptions about Attachment Parenting (AP), before we cover what this approach is, let’s take a look at what it isn’t.

Some parents and experts make Attachment Parenting out to be a lifetime of servitude toward a tiny tyrant you’ve just given birth to. But in reality, no AP advocate advises you spend every minute of every day devoted to your baby, ignoring all other people and tasks in your life.

Here’s where many opponents of AP get it wrong or take it too far. So, we’ve asked some real-life attached parents for their take on these myths.

If you choose to follow an attachment style of parenting…

It does not mean you never put your baby down.

“Both of our little ones LOVED their baby swing. We started using it pretty early because my husband went back to work 2 weeks after our first was born and I knew there would be days I couldn’t get a shower before he left,” says former human resources manager Megan Jones. “I stayed home with them, and it was good for all of us for them to take naps in the swing or pack & play.”

It does not mean rushing in to rescue your baby the moment they wake up.

“We were never fans of letting her cry it out.” Green living expert and mother of two, Sara Snow shares about parenting her daughter, “If she would cry in the night, I would give it a second before going to her room, because maybe she’ll settle and go back to sleep on her own. Or maybe she really does need something, and then I would get her if she did.”

It does not mean the other parent, grandparent, or caregiver can never give your baby a bottle.

“I breastfed our son Henry until he self-weaned at 22 months,” says yoga instructor Jamie Griffin. “Because I would be going back to the studio three days a week, I knew we had to have a plan for the days I wouldn’t be home to nurse him. So somewhere around two months, I started pumping and having my husband do one bottle feeding a day. By this time, Henry’s personality was starting to show up more, and he loved feeding time with Daddy. And he didn’t have a problem adjusting to the sitter while I went to work.”

It does not mean your entire family sleeps in one bed forever.

“Both of our children slept in our room until they chose to move out – our first was two-and-a-half and our youngest chose a toddler bed in her sister’s room at about 18 months,” says stay-at-home mom Shannon Rivera. “We had read about the breathing synchronicity between mother and child in Dr. Sears’ The Baby Book while I was pregnant, and we were so happy and fascinated to experience all the benefits of co-sleeping.”

What Are the Principles of Attachment Parenting?

The AP approach is “child-centered” rather than “parent-centered.” The parent learns to read their child’s cues and respond as needed.

Because this style of parenting produces the best outcome when started early, these are the four principles of AP. (If you follow William Sear, M.D. and Martha Sears, R.N. or their guide, The Baby Book, they include an additional principle: Connect with your baby early.

Read and Respond to Your Baby’s Cues

By remaining open and responsive, a parent learns their baby’s needs more quickly. Parents are advised not to leave a baby to “cry it out,” but instead to intervene before the child becomes distressed or their cries escalate.

Wear or Hold Your Baby

Part of this bonding experience and being able to read baby’s cues involves keeping the child physically near. Babywearing offers your child security, allows for simple on-demand breastfeeding, and give parents the use of their hands.

The term “co-sleeping” doesn’t just mean bed sharing. It can be any form of children sleeping (following safe sleeping guidelines) in the same room as their parent. It’s commonly practiced in many cultures around the world—whether by necessity or choice.

Some people worry that all this hands-on attention toward the child will leave parents stressed out and touched out. As we mentioned above, new parenthood is rough, no matter how approach it. But according to Susan Krauss Whitbourne Ph.D., “Attachment parenting seems to hold some advantages for alleviating stress in parents. Their kids aren’t crying as often (once they get out of the first six weeks or so). They’ll throw fewer tantrums. It’ll be easier for them to adjust to babysitters or daycare. You may not be perfect as an AP parent, but the more you can incorporate some of its principles into the relationships you have with your children, the more likely it is you’ll experience its benefits.” (source)

Her reference to the ease of a securely attached child adjusting more easily to a babysitter relates to Psychologist John Bowlby’s research on the concept of attachment. Our early attachment styles are established in childhood through the infant/caregiver relationship.

In addition to this, Bowlby believed that attachment had an evolutionary component; it aids in survival. “The propensity to make strong emotional bonds to particular individuals is a basic component of human nature,” he explained. (source) 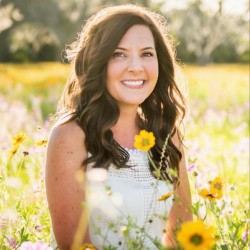