“Hello, my name is Christine, and I use paper towels.”

While I get by perfectly fine without them, when my mother comes to visit, she’ll often bring me a roll or two as a kind gesture to help ease my responsibility of cleaning up after my family of four. While I don’t use paper towels for every job, they’re put to use at our busiest times.

Even though my family and I reside in a small 2 bedroom apartment, just returned to driving (a small Honda Fit) after 3 car-free years, drink filtered tap water, shop thrift, buy organic food, grow our own vegetables in the summer, recycle, and bring our own bags to the grocery, I still feel the dreaded shame whenever I reach for a roll of paper towels and kid myself into trying to mop up a spill with a single sheet. 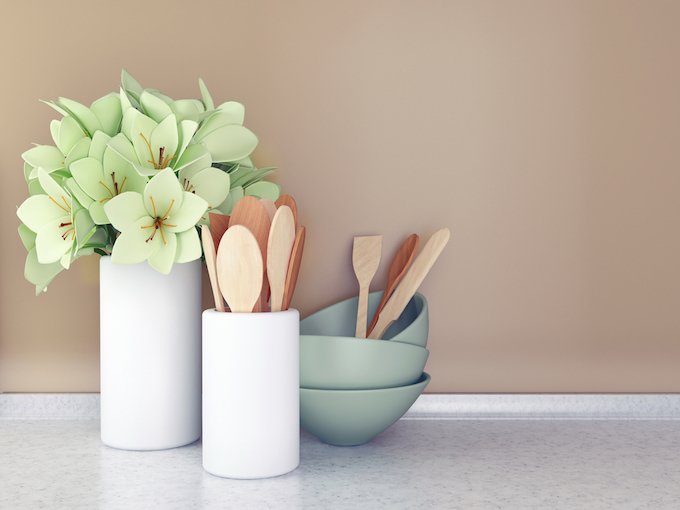 It must be all that green guilt…

…the problem no one wants to talk about, but most everyone who tries to live green has faced.

Take, for example, my friends. They own nice little flocks of chickens, use rags for all messes, don’t drive, breastfeed, eat mostly vegetarian, cloth diaper, bake their own bread, make their own almond milk and nut butters and yet, they still feel terrible that they can’t do more for the environment.

When those friends and I get together, our conversations invariably sound like this:

“So, I was thinking of buying some of that organic grass fed beef that everyone keeps talking about, but I keep wondering, if it comes from a farm in Indiana and has to travel all the way here to Illinois, wouldn’t it be better for the environment if we just ate less meat? Or bought it down at the farmer’s market when the farmer is already in town in the summer instead of having it individually delivered by a truck that’s going to spew more pollution making that extra trip to deliver it to us?”

“I really want to try cloth diapering, but I’m concerned about the amount of water I have to use to flush the diaper contents first before maybe having to put them in a pail to soak, not to mention the amount of water used to wash them. But if I go with a service that washes their diapers in bulk, how can I be sure their method conserves more water and who knows what chemicals they may be using to get them clean, so maybe I should just go with those biodegradable disposables, but then they have to be flushed too and who’s to know how long they take to actually biodegrade and is that in a commercial composting operation or home compost pile?”

It’s enough to drive anyone insane.

But, it wasn’t always that way. When I started living more naturally after the birth of my eldest 13 years ago, I felt confident I was doing better for his health and development. Soon I realized how much money we were saving, and better still – the benefits to our environment and local community. However small our share of conservation was, it had to add up in some way, especially combined with the efforts of others.

So how did things change so quickly over the years?

How did I and so many other ordinary people trying to do their fair share get so positively neurotic about living green?

If this was supposed to be an empowering way to live, then how could using a paper towel once every blue moon cause such undeniable remorse?

Maybe We Have Too Many Options

Jen Pleasants is a mom of three living in San Francisco and author of Bag Green Guilt, a guide to dealing with green mama guilt. Pleasants says she could have stopped having kids at one child, since “there are already enough people on the planet” but her husband didn’t share her worries.

“He convinced me that through our guidance, our children would help make the world a better place, so I gave in,” she explains.

Pleasants writes that Americans can be downright “spoiled” with all the choices we have of what type of water to drink, (bottled, tap or filtered), and how in poorer nations, the reality is finding any clean drinking water at all.

I asked Pleasants if our green guilt stems from the myriad choices we wade through daily.

“That can be overwhelming and a source of stress especially when choosing between conventional products and eco products,” she says. “I feel bad when I go the traditional route either because of price or convenience, when I know in my heart that was not the right choice by the earth.”

When Is Green Guilt a Really Good Thing?

Shawna Coronado is a green lifestyle expert living in Warrenville, IL and the author of the book Gardening Nude: a health plan based on stripping away excuses about getting outdoors and enjoying nature. She believes harboring some guilt is good for us psychologically and can be a great motivator, if it’s the right kind.

“Everyone has some sort of guilt,” she explains.” Some people have the guilt but don’t tap into it, some people use it to do better and do more with their lives. I want that green guilt, so I can use my common sense.”

Coronado says we can reduce the ill effects of green guilt by not holding ourselves up to an impossible standard.

“There is no way in modern day society that you can be 100 percent green,” she says.

She remembers vividly her recent struggle to wean herself off paper towels. It took four months to accomplish the goal and grow accustomed to using cloth rags.

“I know that sounds so simple, but for me, it was a big deal,” Coronado recalls. “We went out and got a bunch of wash rags and we fold them in half and leave them stacked in the kitchen. I used paper towels for everything. I started this practice a little bit everyday, initially it was torture, I didn’t like it, I didn’t feel that it was sanitary. That was my first battle, that it was sanitary. It was easier to throw them away than deal with it in a responsible way. Well it is easier to throw it away, but that doesn’t mean there isn’t work involved somewhere.”

Could the reason we have such difficulty adjusting to a simpler way of life be biological? Coronado theorizes that we may have tendencies from our ancestors that helped us survive harsh climates.

“I think instinctually people are hoarders,” she says. “The reason we put on more weight is an instinctual thing. Scientists say we are trying to fatten ourselves up for the winter, trying to gather up things to help us survive. Humanity is prone to hoard, because we are saving up for that rainy day, because we think we will need it.”

“Cultural imprinting” may be needed to break the cycle of hoarding and affluenza: endless dissatisfaction falsely remedied with increased spending creating greater debt and anxiety.

“We can break that habit.” Coronado explains. “If you look at life during World War I and World War II, our grandparents learned to live with less. They reused. Everything from a coffee can to a nail was saved. If we can get more and more people on our cultural bandwagon, then that’s awesome.” 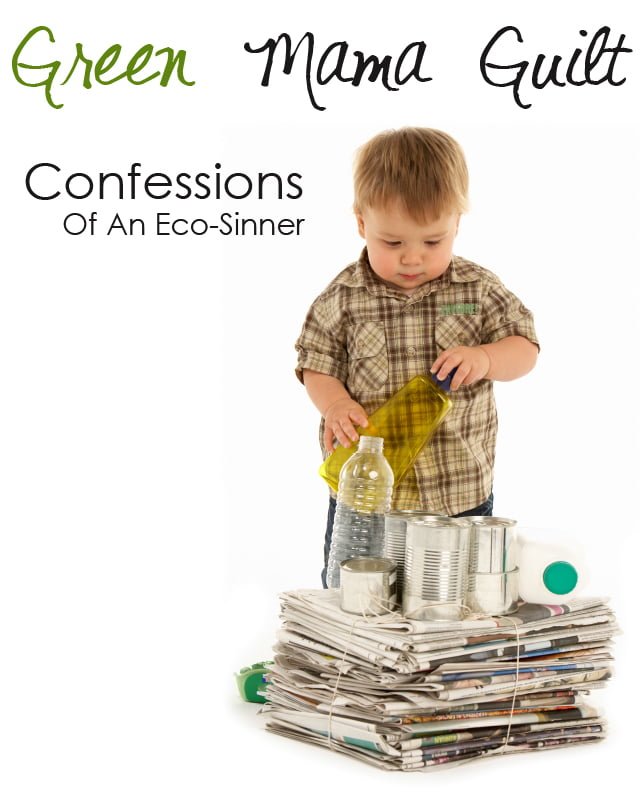 We’re Not Really Deprived, But We Might be Unskilled

Derek Markham pens NaturalPapa and spends much of his day online writing for a number of blogs about sustainable living and natural family life from his town of Silver City, New Mexico.

He lived for 6 years with his family of four in a 120 square foot trailer on a friend’s property with nothing more than a long extension cord providing power. He still admits to feeling cynical and guilty about the kind of impact his choices have made toward helping the environment.

His worst moments came when he would opine on a topic close to his heart believing he could make a difference. Hoping for a large response, the effort sometimes wouldn’t amount to much. “Maybe 200 people will read it,” he says, “You’re competing against funny cat pictures.”

Markham tries to offset his eco-sins, like the “huge Suburban from the 80’s” he rarely drives, by structuring his life simply and has learned to look at his sparer way in a positive light, instead of how some critics may view it: deficient.

“It’s not what’s the problem I’m helping to alleviate, but instead what’s the solution that I’m being a part of,” he says of his rationale.

He believes we’ve lost our personal connections to one another and nature. We purchase things to fill that void when really we’re looking for something that requires much more thought.

“We’re a cop-out culture, I don’t say that in a mean way, but we’re an instant culture,” he explains.

Markham has taken to baking his own bread, which he learned from a community group that emphasized reskilling (re-learning skills like canning, knitting, and baking among other activities commonplace during our grandparents’ years.)

Markham believes this type of education can be incredibly fulfilling, rebuilding personal connections and motivating us to live greener.

“Some people would approach it from a personal sense of accomplishment in knowing how to do things,” he says. “You know how to do that and can impress all your friends.”

So perhaps that’s it after all. Begin with small steps, think positively, learn something new, be creative and don’t worry if you don’t save the world at the end of every day… hey, at least it’s a start.

Latest posts by Green Child Magazine (see all)
Previous Post: « Coping with the Loss of a Pet
Next Post: Teaching Children about Caring for Our Waters »